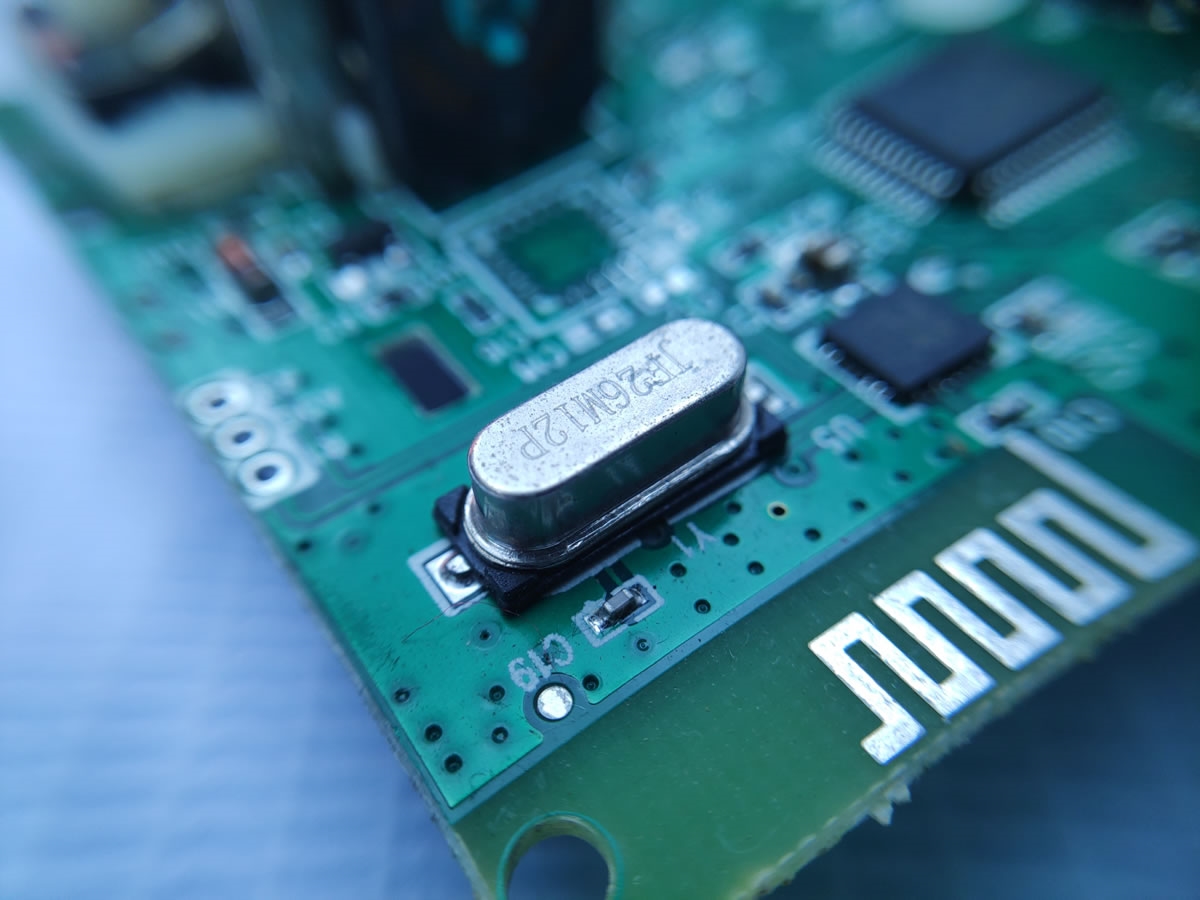 For electronic assembly of printed circuit board assemblies (PCBAs), heat-sensitive SMD components (e.g., multi-layer ceramic capacitors) are often used but these are susceptible to thermal cracking and damage when exposed to rising temperatures. Creating conductive bonds with solder might not be possible because the temperature may rise over 300oC during the process.

This article centers around one of the alternatives i.e., using conductive epoxy. A few common practical applications will be discussed, including Chemtronics products to help  engineers address these problems successfully.

Therefore, to bond wires to these magnetic connectors, soldering is not the best option because the temperature required for soldering exceeds Tcurie thus demagnetizing the magnet. To prevent demagnetization, instead of soldering, conductive epoxy may be utilized to adhere the wires to the magnet. Unlike reflowing in solder, epoxy requires curing (hardening) at a temperature that is less than what is required for soldering. Curing requires a certain time to ensure stronger bonds. Once fully cured, the shrinkage of the polymer binder increases contact between the filler particles, with adhesives of higher cure shrinkage showing better conductivity. Moreover, the same conductive epoxy can be used to attach the magnets to each other if there is a requirement for a stronger magnetic force (firm contacts).

Quartz crystal is one of the basic and most important components used in microelectronics including filters, smartwatches, oscilloscopes etc. The inborn property of piezoelectricity in quartz crystals make them ideal to be used as oscillators. These crystal oscillators provide selective precise frequencies to operate digital integrated circuits (ICs).

Application of an electric field changes the shape of the crystal element which is translated to a voltage signal with a frequency known as the resonant frequency. The crystal oscillators are made from a crystal element and two electrodes to which the leads are attached. The structure of a crystal oscillator is shown in Figure 2. Soldering is not used in modern quartz crystals for attaching supports (leads) to quartz devices. A soldered connection provides sufficient mechanical rigidity which can dampen the oscillations of the crystals. Solder joints tend to load the crystal and hence its oscillations may be restricted.

As a replacement for soldering, conductive epoxies may serve the purpose of connecting the leads without mechanical loading while providing sufficient electrical conductivity to drive the crystal. Unlike soldering, conductive epoxies prevent outgassing that can build up in crystals and change retention properties over temperature, stress, and time. In high-volume commodity SMD crystals, crystals are encased in a hermetically sealed casing using epoxy [2]. In addition, conductive epoxies have less induced thermal stress than solder because of the mismatch in the substrate's thermal expansion coefficient (CTE).

All components whether active or passive are micro-sized chips packaged in the form of surface mount technology (SMT) components or used in the form of die. There are two options for mounting these chips on the board: soldering and using conductive epoxies. Soldering a die to the substrate is a relatively costly process because the solder paste has a flux which improves its wetablility and adhesion strength. Due to this flux, an additional step of solder reflow is required after attaching the die to the substrate. A visual representation is shown in Figure 3.

In some applications, the cost becomes the key performance indicator (KPI) of the assembling process. For example, to mount micro-electro-mechanical systems (MEMS) to PCB, the direct chip-on-board packaging idea can be utilized to lessen assembling space and cost. This concept shown in Figure 4 can increase the board density while reducing assembling cost compared to the conventional method, where effort is needed to first mount the MEMS device in a package, which is then mounted onto a PCB by soldering [3].

Other Applications for Conductive Epoxy

Among all available conductive epoxies, silver conductive epoxies are compatible with most substrates including glass, wood, plastics, paper, graphite, textile, ceramics, and metals. As a result, they can bond together materials with different CTEs. Besides silver being the best conductor of electricity, it is also resistant to oxidizing agents. Silver conductive epoxies conduct even when they are oxidized because silver oxide (from oxidation) has good electrical conductivity. Therefore, they are considered to be chemically stable.

Chemtronics was the first to offer a complete line of RoHS-compliant products specifically developed for the demanding needs of lead-free applications. CircuitWorks Conductive Epoxy is a two-part, epoxy resin adhesive with embedded silver particles to provide conductivity. With excellent mechanical strength, it also provides reliable solderless electrical connections with fast curing at room temperature. It uses syringe dispensing to apply to a wide variety of materials. CircuitWorks Conductive Epoxy is RoHS compliant and an ideal choice for all the above-discussed applications. 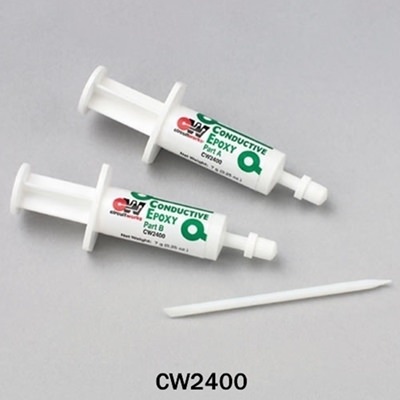