Cleaning product is boiled so only pure solvent is sent up in the vapor zone. The solvent then condenses onto the part, providing the cleaning action. For more difficult soils, parts can be submerged into the boil sump, which is often supplemented with ultrasonics. Because this is a closed-loop process, where the cleaner evaporates and condenses over-and-over, a specialized solvent is needed.

n-propyl bromide (also known as nPB or 1-Bromopropane, CAS 106-94-5) is under close scrutiny by local and national government officials and health and safety managers because of safety concerns.

Studies have shown that exposure to nPB can cause negative neurological and reproductive effects. The National Toxicology Program (NTP) has stated that nPB is “reasonably anticipated to be a human carcinogen”, based on increased lung, large intestine and skin cancers observed in animal studies.

Safety, regulatory and liability concerns are driving the change from nPB, and Chemtronics® has the ideal replacements with Tri-V™ High Performance Solvents. Electro-Wash® Tri-V, Max-Kleen™ Tri-V, and Flux-Off® Tri-V offer the cost and cleaning performance of nPB, but with much greater safety! There are no products that match your filters. Please update your filters, or Contact Us for assistance.

How can you reduce chemical exposure?

Every organization using hazardous chemicals within their facility has the responsibility to equip their facility and personnel to maintain exposure levels below the TLV. Personal monitoring badges can be used to measure exposure of a specific material. Then, depending on the threshold limit and the application, exposure can be controlled with PPE like masks, face shields, respirators, and even coveralls. If they don’t reduce exposure below the recommended limit, you will need to consider a special ventilation hood or even containment booth. As you can see, as the exposure limit gets down to a certain level, the equipment required to safely use the solvent can get impractical. At that point, your best option is to consider a safer alternative.

How do you know the safe exposure limit of a degreaser, contact cleaner, or flux remover?

The personal hazard associated with a solvent is often defined using Threshold Limit Value (TLV), which is the recommended average exposure in an 8-hour day, 40 hour work week. The lower the TLV of a particular substance, the less a worker can be exposed to without harmful effects. TLV is stated on the SDS of chemical products, in additional to recommended personal protection equipment (or PPE). The threshold limit value of a solvent is generally set by the American Conference of Governmental Industrial Hygienists (ACGIH). The unit of measure is Parts Per Million (PPM).

WD-40 is a lubricant (fish oil to be exact) dissolved in a solvent. While it can break down grease and oil to a certain degree, it also adds back some. This might be desirable if you are cleaning a hinge, conveyor, or corrosive-prone part, but not if you need it truly clean. For example, if prepping a surface before painting, cleaning with a cleaner/lubricant will lead to the paint dewetting (beading) or delaminating (flaking off). Chemtronics offers DPL for lubrication, and degreasers under the Eletro-Wash and Max-Kleen brands for high precision cleaning.

What is the best degreaser?

That depends on the requirements of your application. There are a number of factors that can have a big impact on performance and safety: flammability, dielectric strength, compatibility, toxicity, and environmental impact. Degreasers often contain very flammable alcohols and hydrocarbon solvents. They can be cheap and effective, but can dangerous without proper ventilation, or around open flames, sparks (e.g. welding), or hot surfaces. Nonflammable degreasers avoid these safety issues, but are generally more expensive. If you plan to powered equipment, or need to switch it on before the solvent has flashed off, consider a degreaser with a high dielectric strength.  More care needs to be taken when cleaning plastic packaging, plastic components, rubber gaskets and seals. If the degreaser is incompatible with the plastic, it can craze (create small cracks), embrittle, or soften the material. Rubber seals may swell, shrink, or dissolve if exposed to a harsh solvent. A new degreaser should always be tested before being used extensively. N-Propyl Bromide (nPB), Trichloroethylene (TCE) and Perchloroethylene (Perc) are highly toxic chemicals commonly used in degreasers to provide cleaning performance in a nonflammable formula. All of this has caused maintenance facilities to reconsider their solvent choices, especially with manual cleaning when exposure tends to be higher. Volatile organic compounds (VOCs), solvents that add to smog, or solvents with high global warming potential (GWP) have been a focus of a number of regulators. Some state (e.g. CARB or California Air Review Board), municipal, and even industry-specific regulations restrict the use of high VOC or high GWP materials.

Should I use gloves when using a degreaser?

Yes, it is a good idea to use gloves when degreasing. The solvents used in degreasers do a great job at breaking down greases and oils, which also happen to exist in health skin. If your hands are exposed to a degreasing solvent for enough time, oils will be drawn from your skin leading to “defattening”. Your skin will become very dry and you could eventually develop dermatitis, which looks more like a rash. In addition, some solvents like N-Propyl Bromide (nPB), Trichloroethylene (TCE) and Perchloroethylene (Perc) are highly toxic, so can be absorbed through the skin and cause issues like cancer, or impact liver or kidney function. Please wear gloves and other PPE as required.

There are no degreasers that should be taken internally, but some ingredients are more harmful than others. N-Propyl Bromide (nPB), Trichloroethylene (TCE) and Perchloroethylene (Perc) are highly toxic chemicals commonly used in degreasers to provide cleaning performance in a nonflammable formula. There are documented court cases where workers suffered major health effects when exposed to high levels of these chemicals. Workers reported headaches, dizziness, and even loss of full body control. There are also possible links to reproductive problems and cancer. All of this has caused maintenance facilities to reconsider their solvent choices, especially with manual cleaning when exposure tends to be higher.

Do I need to shut off power before cleaning electrical equipment?

Before you start spraying, shut down power to avoid the potential of sparks, electrical shorts or discharges, and other safety hazards. If disconnecting the power is not an option, look for degreasers with a dielectric strength above 30 kV (30,000 volts). Choosing a nonflammable cleaner would also add a layer of safety in case there is a spark.

What is degreaser used for?

A degreaser is a cleaner designed to remove grease, oils, cutting fluids, corrosion inhibitors, handling soils, finger prints, and other contamination common in assembly, stamping, other types of metal fabrication, refineries, motor repair, airplane hangars, and many other applications. Degreasers go by a number of different names, including precision cleaner, maintenance cleaner, and specific for automotive repair, carb cleaner, brake cleaner. The objective for a degreaser is to remove the offending soil quickly, avoiding as much wiping and scrubbing as possible. 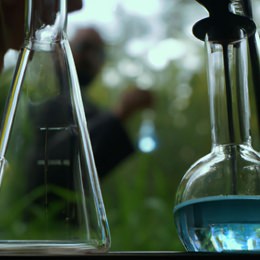 Is This the End of the “Forever Chemicals” Era?

About 70 years ago, a new class of chemicals were invented that improved everyday products used at home and outdoors, but in time we learned they can be bad for us and can last nearly forever. PFAS (perfluoroalkyl and polyfluoroalkyl substances), also known as “Forever Chemicals”, involv...
Read This Post 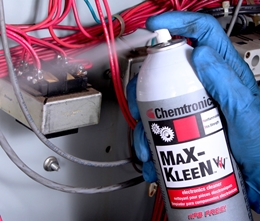 Qualifying a replacement cleaning chemistry can be a daunting task, as performance parameters are considered along with safety and regulatory issues.  Changes in the regulatory environment can force these changes, and unfortunately many substitute solvents do not match the performance and cost ...
Read This Post 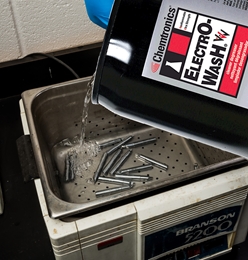 Need Help With Your Application? Enrique Francisefrancis@itwcce.com678-928-6534  Hi, I’m Enrique Francis, the sales manager for bulk solvents at Chemtronics. Today I’m going to take you through the different methods of degreasing, and how Chemtronics products can help your ...
Read This Post 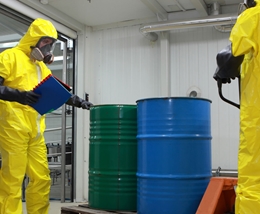 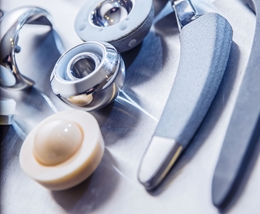 Supply chain shortages resulting from the reopening of businesses and lifting of COVID-19, among a myriad of other factors, have impacted the manufacture of medical implantable devices and surgical instrumentation. 3M Novec and Chemours Vertrel-based solvents, which are commonly used in the vapor de...
Read This Post 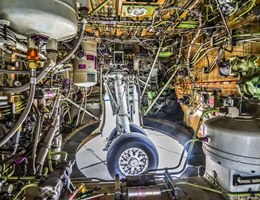 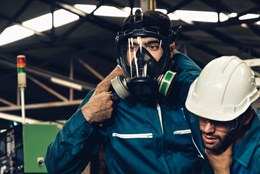 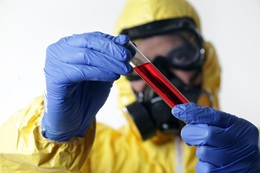 I’m going to discuss toxicity issues with some classes of solvent cleaners, and how you can make the best decisions to keep your workers safe and healthy. There is increased interest in this topic because of the EPA’s recent statement on n-propyl bromide, which is also called nPB or...
Read This Post 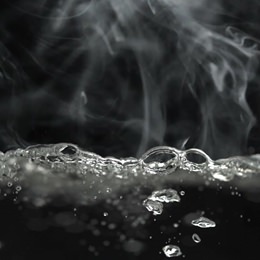 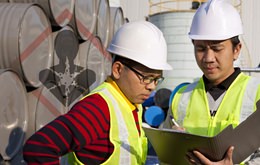 The US Environmental Protection Agency (EPA) has determined that n-propyl bromide (aka. nPB, 1-Bromopropane, 1-BP, CAS 106-94-5) “presents an unreasonable risk for 16 conditions of use” in an August, 2020 report. “Nontechnical Summary of the Risk Evaluation for 1-Bromopropane (n-Pr...
Read This Post 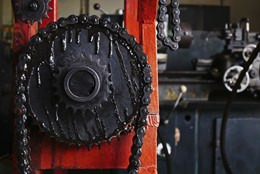 Vapor degreasers are very efficient at removing soils from a variety of surfaces, and can remain efficient relatively easily. But the solvent in the degreaser can become spent, which happens when either the solvent is saturated with soil, or the solvent stabilizers have begun to acidify or &ldq...
Read This Post

When deciding on the right vapor degreaser solvent to be used in your vapor degreasing process, there are quite a few factors involved. They include, just to name a few, performance, cost, compatibility with the existing unit, and exposure limits to the workers. Because of ever-tightening envi...
Read This Post
More ArticlesLess Articles

You did not finish submitting your information to request a sample