4 Toxic Chemicals Hiding in Your Company's Contact Cleaners and Degreasers

The chemicals are preferred over non-toxic alternatives because they are nonflammable, have high solvency, and are relatively inexpensive.

The four chemicals that we'll cover are n-propyl bromide (nPB), trichloroethylene (TCE), perchloroethylene (Perc), and methylene chloride (MeCl). Because of their toxicity, the regulatory and liability pressure to identify replacement chemistries is more intense than ever.

Your organization risks employees' health, downtime, and potential liability, regardless of the legal status of a particular chemical. The following is a brief overview of the four chemicals, their effects, and our recommendations for safer solvents.

Identifying Toxic Chemicals in Your Facility

The first step to replace the toxic solvents is to identify them. Ingredients are referenced either by a variety of chemical identifiers, trade names, or CAS (Chemical Abstract Service) numbers. The Global Harmonized System (GHS) provides a pictogram to help quickly identify potential carcinogens, reproductive toxicity, acute toxicity other serious health hazards. 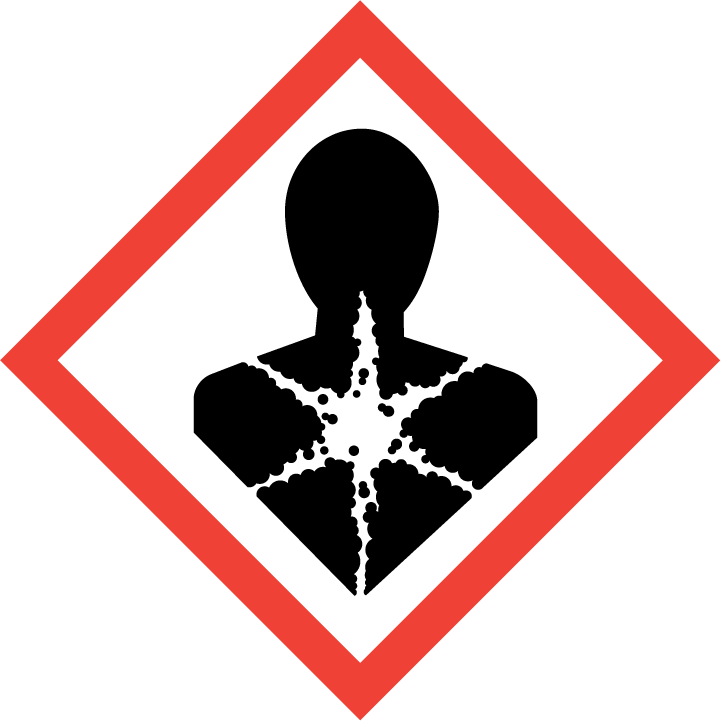 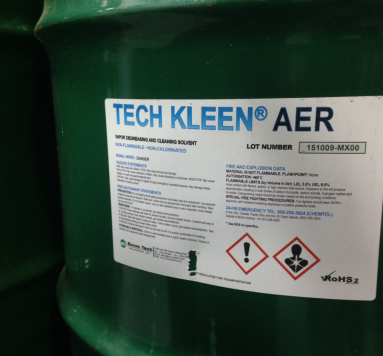 The definitive way to identify the cleaning solvents in question is by the CAS number, which is stated on the product label and Safety Data Sheet (SDS). Below is a list of common chemical names for the four toxic industrial solvents, and their CAS numbers:

The Negative Health Effects of TCE, Perc, and MeCl

Without exception, the NTP (National Toxicology Program) classifies TCE, Perc, and MeCl as “reasonably anticipated to be a human carcinogen.” TCE, Perc, and MeCl are listed as carcinogens under California Prop 65. Perc is also an animal carcinogen by ACGIH. Under the Safe Drinking Water Act, EPA restricted the maximum contaminant level to 0.005 mg/L (5ppb) for TCE, PCE, and MeCl.

The professional association for industrial hygienists known as the American Conference of Governmental Industrial Hygienists has recommended a threshold limit value of 10 ppm for TCE, 25 ppm for Perc, and 50 ppm for MeCl.

In a study of Perc exposure on rats and mice conducted by the US National Toxicology exposure from 200 ppm and above resulted in hepatic congestion, liver lesions, and mitotic alterations, while some in the high-dose groups died before the study was completed.

There are also reported incidents of workers suffering from exposure, some resulting in death. OSHA has linked 50 worker fatalities to methylene chloride exposure. Two additional deaths, in September 2011 and February 2012, have prompted OSHA/NIOSH to issue a hazard alert.

In both cases “a worker using a product containing methylene chloride” to refinish a bathtub succumbed to the toxic levels associated with an enclosed space and a poorly ventilated work area. In response, state and federal agencies set exposure limits to protect workers.

While these toxic solvents are still being used in industrial environments, the trend has been towards alternatives. One that was considered to be a viable alternative was nPB.

Why You Should Stop Using Today

NPB wasn't widely used in the first years after its development,so it wasn’t regulated. In fact, nPB is listed in Significant New Alternatives Policy under the Clean Air Act, even though it has an ozone depleting potential. Its unregulated status made it an attractive alternative to the heavily regulated solvents TCE, Perc and MeCl.

However, over the last two decades there have been several cases that present the negative health effects of nPB. The following passage relates one reported to regional poison control centers in Pennsylvania (2007) by attending physicians who treated the affected worker and later investigated by federal and state health agencies.

“In 2007, a male aged 50 years visited an emergency department in Pennsylvania with a history of confusion, dysarthria [unclear speech], dizziness, paresthesia [tingling], and ataxia [loss of full body control] for 24--48 hours. The patient had worked for 8 years at an electronics plant in Pennsylvania, where for 3 years 1-BP [nPB] had been used to clean circuit boards by vapor and immersion degreasing…  One week after the patient went to the emergency department, the Occupational Safety and Health Administration (OSHA) evaluated his workplace and found a 1-BP concentration of 178 ppm by short-term area air sampling… His peripheral neuropathy and ataxia persisted 1 year after the initial visit. The patient also reported having trouble maintaining mental focus and stopped working at the electronic plant because of continuing medical problems.”12

In response, the EPA created a formal petition to add the chemical to its list of regulated and banned hazardous air pollutants (HAPs). New York State followed with its own petition in November 2011. As of Feb. 6, 2015, both petitions had passed the completeness review. However, as of today, there still isn’t an exposure limit set by OSHA or NIOSH.

Comparable to TCE, PCE, and MeCl in toxicity, nPB has been determined by NTP as “reasonably anticipated to be a human carcinogen.” CA OSHSB listed nPB as a developmental/reproductive toxicant under Prop 65 and Pennsylvania has included it on its hazardous substance list.

Although federal agencies have been slow to regulate it, nPB has taken the first step in joining TCE, Perc, and MeCl as HAPs and subject to regulation by the National Emission Standards for Hazardous Air Pollutants.

The Truth of Exposure Limits

Whether the exposure limits are acceptable or not depends on the ability to control fumes and atomized solvents. The use of solvents in spray applications poses a much greater concern than batch vapor degreasing to worker safety. The EPA commissioned ICF Consulting to perform a risk study on the issue of nPB, which was released at the May 2002 CleanTech exposition.

Note that even with proper engineering controls, some workers outside the booth had exposure as high as 58 ppm. A spray booth is above-and-beyond ventilation control in a typical cleaning application, so open air spraying, or even spraying under a ventilation hood will most likely cause exposure well over the limits for nPB, TCE, Perc, and MeCl.

The harm caused by excessive exposure depends on the material. The specifics are not generally covered in detail in MSDS, so facilities considering a particular chemical should do additional research if safety is in question.

Why are companies still using these toxic solvents in the first place? The answers generally include cost, effectiveness, and the safety advantages of a nonflammable material. The challenge is to find replacement products that fit all those criteria, which is not easy.

The key solution is to work with a company that has already engineered chemicals and completed the required testing. Chemtronics has developed a brand of solvent cleaners called Tri-V™ High-Performance Cleaners, which includes a degreaser (Electro-Wash® Tri-V™), a heavy-duty industrial cleaner (Max-Kleen™ Tri-V™), and a flux remover (Flux-Off® Tri-V™). Through extensive testing, Chemtronics has hard data that shows Tri-V™ products are much safer than the four toxic solvents discussed above and are still effective at cutting through grease and other contamination. To top it off, Tri-V™ High-Performance Cleaners are priced much lower than other solvent replacements. 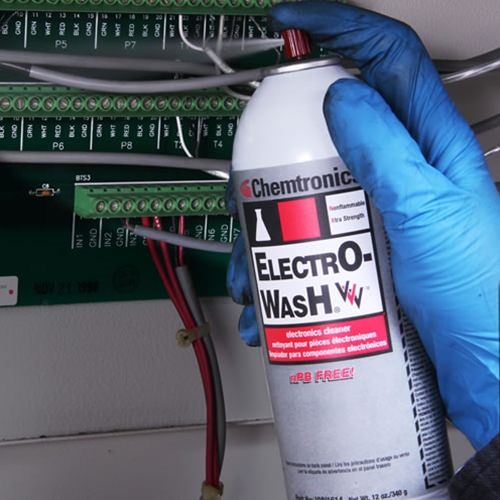 Tri-V™ does not exhibit any of the health issues associated with nPB, TCE, Perc, and MeCl. A 14-week NTP study in which rats and mice were fed microcapsules with 45% trans-DCE (a key active ingredient of Tri-V™) at a maximum concentration of 50,000 ppm did not result in deaths. More significantly, there were no adverse effects observed in the histopathology and clinical chemistry data.

In another study, rats were exposed to air containing 200 ppm trans-DCE for 8 hours/day, 5 days/week for 16 weeks. Again, results of the study found no statistically significant changes in clinical chemistry, hematology, or histopathology of the animals.

Because of these and other studies, Tri-V™ has a high exposure limit of 200 ppm based on standards from OSHA, NIOSH, and ACGIH. Due to the overwhelming negative environmental impact and health risks associated with the nPB, TCE, Perc, and MeCl, Tri-V™ offers a favorable contrast as an overall safer chemical. The positive impact on the atmosphere, environment, and workers’ safety, in addition to comparable cleaning performance, positions Tri-V™ as a viable alternative for industrial solvent cleaning. 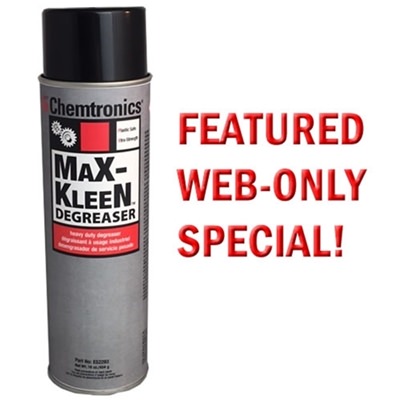 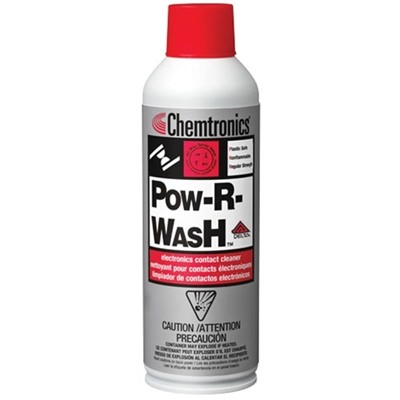