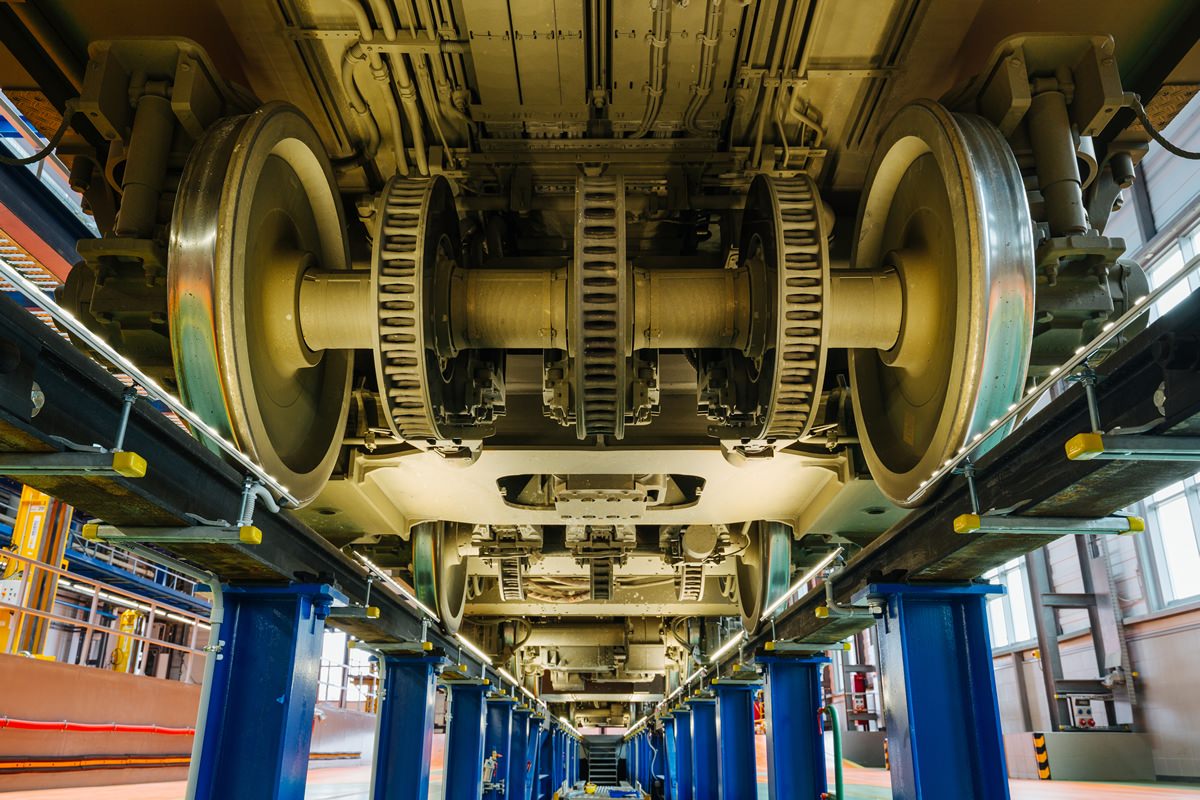 Railway Maintenance of Electrical and Electronic Systems in Trains

Being environmentally friendly, electrical railways have replaced conventional diesel trains in most developed countries. Electric trains emit 20-35% less carbon than diesel trains. In the United States, railways deliver five million tons of freight every day and transport one-third of the market trade [1]. The process of electrifying locomotive movement began in the U.S. in the 19th century. In addition to the conventional running rails, this third rail ensures that locomotives receive a continuous supply of DC power for the electronic equipment inside the locomotive. Any fault or failure in the power supply system or electronics can disturb train schedules and affect serviceability of transit systems.

We’ll summarize the maintenance of electrical and electronic systems in trains, and some major causes of their failures, i.e., environmental, mechanical, and electrical effects. Finally, we’ll highlight some state-of-the-art products from Chemtronics which assist preventive maintenance.

The heavy rail systems draw power from a conducting rail (the third rail) which is laid close to the running rails as shown in Figure 1. In the USA the third rail is predominantly manufactured from steel. In other countries they are often made from aluminum with a stainless-steel contact which would provide the needed conductivity [1]. Systems involving third rails use DC supply and carry high voltages (600-750 V). The running rails serve as the return path for conducting current back to the generating station and completing the needed circuit. The trains are equipped with metallic contacts mounted on a beam to collect the current from the conducting rail. These contacts are known as collector shoes. The shoe contacts can be a top contact, bottom, or sideways. Top contacts are no longer recommended as it has no protective covering and is easily interrupted by environmental conditions including snow [2]. Fuse boxes are installed to protect locomotive electronics from excess current and shocks.

Another important electrical system in trains is the signaling system to track train locations. The running locomotive establishes a short circuit between the conducting and running rails. This short circuit triggers a relay signal, which in turn alerts other trains to stop and manages the flow of traffic. This is also very important in the case of emergency, including when people are on the tracks. To prevent any accidents, this shorting mechanism is simulated in the absence of electric trains. A low-resistance (0.06 ohms) wire apparatus called a rail shunt is used to create a short circuit between the running rail and the conducting rail. This would shut off electrical supply of the corresponding rail section, stopping all trains.

Maintenance of Electrical and Electronic Systems

The APTA recommends that fuse boxes should be inspected at no more than 92 day intervals [3]. Fuse boxes can become contaminated with dust, dirt, or corrosion. These contaminants may increase electrical resistance of the contact leading to intermittent electricity failures.  The APTA recommends thorough cleaning of fuse boxes with an approved non-conductive grease-dissolving solvent. Chemtronics offers a large selection of electrical contact cleaners under the Pow-R-Wash™ brand, which range from economical heavy-industry cleaners to high precision solvents for sensitive components. No contact cleaner from Chemtronics contain toxic solvents like n-propyl bromide and trichloroethylene. Non-flammable and non-conductive contact cleaners from Chemtronicscan thoroughly clean the fuse boxes and are effective without degradation on both metal and plastic surfaces.

For safe signaling, the contact between wheels and rails must remain clear.  Rail shunt short circuits, according to CFR part 236.57, require total resistance between the rails at the shunt to be less than or equal to 0.06Ω [4]. Due to unfavorable on-site conditions like dust, dirt, and corrosion, electrical resistance of contacts may increase beyond 0.06 Ω, and an effective short circuit  may not be achieved. The APTA Standards Development Program (section 2.5.1) mentions that when replacing shunts on tracks, the contact surfaces must be free of any type of dirt or contamination. This is necessary to achieve a good shunt. Moreover, electrical contacts in signaling relays also require maintenance to prevent failures.

Most of the electronics inside locomotive exists in the form of PCBs which are vulnerable to dust and grease. Dirty battery terminals also cause intermittent connection failures.  Fault-free and timely operation of locomotives depends on the clean condition of these electronics.

Nonflammable POW-R-Wash Delta from Chemtronicswith a dielectric breakdown of 30kV can be used on energized equipment.  It is specially engineered to clean, displace moisture, inhibit corrosion, reduce friction, and protect metal surfaces. Unlike other contact cleaners, cleaning agents from Chemtronics leave no residue.

For more information on how Chemtronics Pow-R-Wash contact cleaners can help optimize your transit maintenance program, contact an application specialist at info@itwcce.com or 678-824-6996.